Born in current day Ukraine (then Russia), as a teenager he fled the pogroms, making his way to Palestine (now Israel). As a young man, he earned a Doctor of Science at Paris’ Sorbonne University and worked in the Joliot Curie laboratory in Paris during the 1930s. The onset of World War II and Nazi march into France forced another emigration – to the United Kingdom. In Britain he worked as a Science Officer in the Admiralty on anti-submarine research. During this time, the 1940s, a knee re-injury and uncertain prospects for surgery provided impetus for life long study of the relationship between movement and consciousness. He began to develop what we now call the Feldenkrais Method and wrote his first book on the subject, Body and Mature Behaviour: A Study of Anxiety, Sex, Gravitation and Learning. 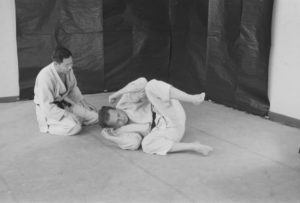 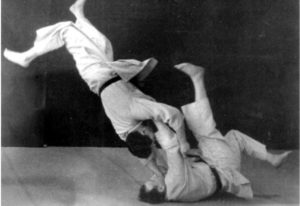 Whilst in Paris in the 1930s, Moshe Feldenkrais’ interest in Jiu Jitsu brought him into contact with Professor Kano who developed the sport of Judo. Dr. Feldenkrais was a founder of the Jiu Jitsu Club of Paris and one of the first Europeans to earn a black belt in Judo. Judo and self defense work in Palestine later became one of the foundations of the Feldenkrais Method.

Dr. Feldenkrais returned to Tel Aviv, Israel, in the 1950s, residing there until his death in 1984. Throughout the 1960s and 1970s he taught in Israel and many countries in Europe. He trained his first group of teachers in Tel Aviv in the early 1970s. Later in the 1970s he was invited to teach at the Esalen Institute in California. He subsequently taught in North America through the 1970s and 1980s. In the USA he trained two groups – one in San Francisco, California and the other in Amherst, Massachusetts. 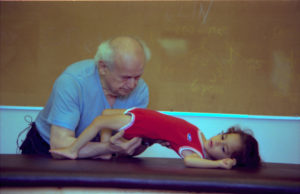 During his life Dr. Feldenkrais worked with all kinds of people with an enormous range of learning needs – from infants with cerebral palsy, children with autism, individuals with vision problems, individuals recovering from strokes, adults with Parkinson’s Disease, adults with multiple sclerosis, adults with osteoporosis, to high performing athletes, world-reknown performers and artists dealing with pain issues or recovering from injury. 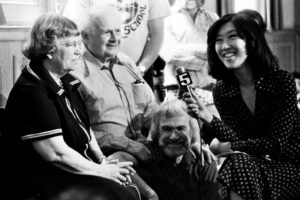 He taught over a number of years for the dramatist Peter Brook and his Theatre Bouffes du Nord. He was a collaborator with thinkers such as anthropologist Margaret Mead, neuroscientist Karl Pribram and explorers of the psychophysical realm Jean Houston and Robert Masters.

The breadth, vitality and precision of this work leads to application in diverse fields including neurology, psychology, performing arts, sports and rehabilitation.